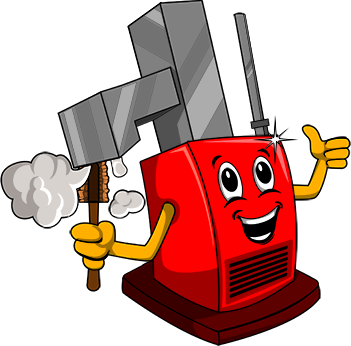 Do I really need this service?

This is an important question. We believe that what our customers really want to know is if they are going to get their money's worth.

Some questions to ask yourself:

Answering yes to any of these should be reason to consider having your furnace and ducts cleaned.

While servicing your system, we may observe issues that you may not be aware of. We will point out and try and remedy any of these issues if possible.

You will have peace of mind knowing that your heating system is and your family are breathing cleaner air.

How do you clean air ducts?

All the main ducts are air scrubbed with a tool called the "Scorpion Predator Air Whip".

Used properly, it will clean your ductwork and bring them to a like-new condition.

Most of the work that we do while we are in the home is actually the duct cleaning – we hook up a large vacuum hose in the furnace room, to both the hot (supply) and cold (return) sides of your system separately, and then we use high pressure air with our Scorpion Predator Air Whip in every duct to ensure that dust and debris is knocked free, before being sucked away by our 5000 CFM vaccum.

We will make sure and go through all the ductwork to ensure we don’t miss any dust or dirt.

How do you clean furnaces?

We remove the blower fan from the furnace and clean it using air pressure to ensure the fan is blowing to its maximum potential.

Cleaning the furnace can increase the efficiency up to 45%, saving you money.

What types of furnaces do you service?

We service all types, from modern day high-efficiency furnaces to older models.

How often should my furnace and ducts be cleaned?

The industry standard recommendation is every 2 to 3 years.

There are many variables to consider depending on your lifestyle, but more than 3 years is too long; especially when considering the lifespan of your furnace and the growing costs of replacing them.

What are you removing during a cleaning service?

The most common items removed during a furnace and duct cleaning are accumulated dust, dirt, lint and pet hair. Construction debris such as drywall dust, sawdust, wood chips, nails, screws or insulation are also common.

Less common are rodents, bugs, toys and objects that have fallen into registers over the years.

It may be surprising to some that even in the most spotless home, we often pull a sizeable amount of dust and dirt from the ductwork.

How much does your service cost?

Every home is unique and has different service requirements, however, we are customers just like you and get frustrated when companies don't post their prices.

For an exact quote, please contact us by calling, texting or filling out our estimate form.

Will you match another company's price estimate?

Perhaps, however our rates allow us to stay in business and provide a reasonable living wage for our tech's, all at a competitive price point.

Providing a high quality, professional service is our priority. We use top of the line equipment and are very thorough.

We like to let our work speak for itself. Let us prove it to you!

Do you provide service to rural areas?

We are a small company currently servicing the Saskatoon and surrounding areas.

With your help, we can arrange service in your area too!

With our rerferral rewards program, rural and remote communities can request a service while helping to keep our service rates affordable.

What we ask in return is for your help in scheduling 3 or more services in your area.

In return for your patronage and effort, we will give you 10% off the cost of a service and 2 add-on services for free.

Help us so we can help you!

How long does the service take?

Our service from start to finish usually takes between 2½ to 3 hrs. Occasionally a service may take longer.

Rest assured, we won't compromise on the quality of our service by taking short cuts or rushing through the job.

Is the service loud?

Generally speaking, yes. Although people often comment that it's not as loud as they thought it would be.

If you are sensitive to loud noise, we are happy to provide you with ear plugs. It is also not uncommon for customers to leave us to our work (and noise) while they go about their day.

What are indoor air contaminants?

Examples of common indoor air contaminants and their main sources include: 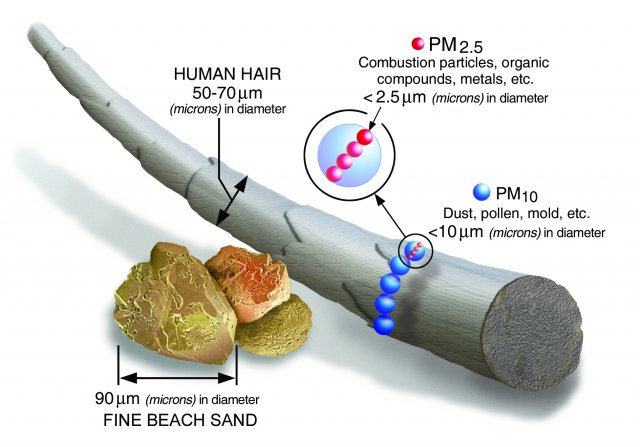 Examples of particulates found in the air.

What symptoms are often linked to poor indoor air quality?

Indoor air quality issues do not affect everyone in the same way. When it is an issue, it is common for people to report one or more of the following symptoms:

People generally notice their symptoms after several hours and feel better after they have left their home or when they have been away from home for a weekend or a vacation.

Many of these symptoms may also be caused by other health conditions including common colds or the flu, and are not necessarily due to poor indoor air quality. This fact can make identifying and resolving indoor air quality issues more difficult.

What are some health issues related to poor indoor air quality?

The term sick building syndrome (SBS) is used to describe cases in which building occupants experience adverse health effects that are apparently linked to the time they spend in the building.

Building-Related Illness (BRI) refers to less frequent (but often more serious) cases of people becoming ill after being in a specific building at a certain time. In these cases, there is usually a similar set of clinical symptoms experienced by the people and a clear cause can often be found upon investigation. Legionnaires Disease is an example of BRI caused by bacteria which can contaminate a building's air conditioning system.

A certain percentage of people may react to chemicals in indoor air, each of which may occur at very low concentrations. Such reactions are often known as environmental sensitivities or multiple chemical sensitivities (MCS).

Some specific diseases have also been linked to or made worse by specific air contaminants or indoor environments, such as asthma being associated with damp indoor environments. In addition, some exposures such as asbestos and radon may not cause immediate symptoms but can lead to cancer after many years of exposure.